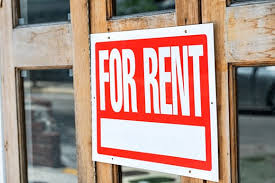 LANDLORD TENANT LEGAL ISSUES IN THE WAKE OF THE 2020 TENNESSEE TORNADOES & COVID – 19.

On March 2nd and 3rd of 2020, a series of large tornadoes touched down in Middle Tennessee, resulting in widespread damage, injuries, and fatalities. Lives were lost, electric lines were toppled, and countless homes were damaged or destroyed.

In the weeks that followed the tornadoes, a new emergency, the COVID-19 pandemic, has been forced to the forefront of everyone’s minds. As a result of “Stay at Home” orders all across the state and country, many people’s job security, and their ability to pay rent, is at risk.

END_OF_DOCUMENT_TOKEN_TO_BE_REPLACED

In a recent Tennessee Court of Appeals decision, Luker v. Luker, M2018-00138-COA-R3-CV (Tenn. Ct. App.2018), the Court addressed whether a respondent in an Order of Protection case had a right to conduct discovery in order to prepare for the hearing.  The typical Order of Protection case is set for a hearing within fifteen (15) days of the respondent being served.  Once served, typically an ex parte order of protection is issued, which many believed was intended to protect the petitioner from harm.

In Luker, the Court of Appeals stated, much differently, that the requirement of a hearing within 15 days was intended to protect the respondent from frivolous ex parte orders of protection and not intended for the protection of the petitioner.  The Court also stated that it saw no barrier to a respondent requesting that the hearing be put for a definite period of time in order to request reasonable discovery as long as the ex parte order remained in place.  The catch in the Court’s opinion is that discovery would be granted at the trial court’s discretion, meaning that the ability to conduct discovery in an order of protection case would be decided on a case-by-case and court-by-court basis.

This opinion is extremely important because of the nature of order of protection cases.  Respondent’s get served with an order and have a court date set in a matter of days.  The petitions for an order of protection are also notoriously vague and tend not to provide dates of incidents or name potential witnesses.  Discovery in such cases allows a respondent to request more detailed information in the allegations so that they may properly develop a defense to each specific claim.

Nashville is experiencing a significant increase in tourism. As reported by the Tennessean on January 25, 2018, “the Nashville area set another record for annual visitors in 2017, bringing in 14.5 million people and reaching a new high mark for hotel rooms sold.” While traditional hotel stays have been the staple of tourism for Nashville and most US cities, short-term rental services like Airbnb, HomeAway, and VRBO have increased in popularity as a means of vacationing in a comfortable and private environment. Short-term rentals have become the desired method of traveling for a large portion of the population and it is only growing. Short-term rentals also provide a way for Nashville residents to gain income from their properties located near popular attractions. However, Nashville and other local governments have enacted zoning regulations that limit the potential gain of residents in renting short-term.

Freeman & Fuson has spent the last decade practicing in the area of land use and zoning.

END_OF_DOCUMENT_TOKEN_TO_BE_REPLACED

Pt. 1: What is an Equal Pay Claim and How to Prove It?

What is an Equal Pay Claim?

An equal pay claim is a lawsuit that alleges that an employer is paying a woman less than men in the workplace for comparable work. For women in Tennessee, two laws provide a right to sue an employer who violates this idea of equal pay.

END_OF_DOCUMENT_TOKEN_TO_BE_REPLACED

With Bonnaroo 2018 in Manchester, Coffee County, Tennessee, just around the corner, it is important to keep in mind the heavy law enforcement presence that will be at the event and on the surrounding highways and interstate. 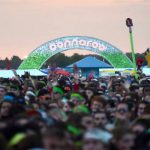 The following are the top eight crimes commonly charged at Bonnaroo:

END_OF_DOCUMENT_TOKEN_TO_BE_REPLACED 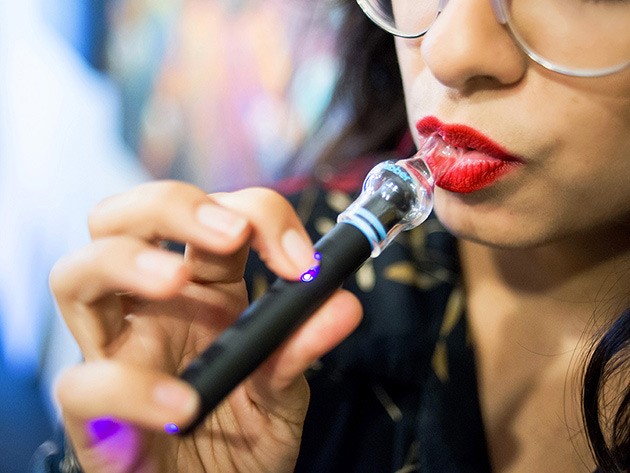 Marijuana concentrates and extracts go by a variety of names such as oil, wax, live resin, honey oil, shatter, press, or dabs. Regardless of the difference in the product of nomenclature, marijuana concentrates include any product produced by the extraction of THC from marijuana. Concentrates remain categorized under T.C.A. 39-17-415 – Schedule VI – under the general category Marijuana or Tetrahyrdocannibanols (THC). Based on my experience, if a citizen possesses a very small amount of marijuana concentrates or a pen with marijuana oil or wax they are usually charged under T.C.A 39-17-418 – Simple Possession/Casual Exchange – Class A Misdemeanor, and face up to 11 months and 29 days in jail, with a maximum fine of $2,500.00.

END_OF_DOCUMENT_TOKEN_TO_BE_REPLACED

A defendant cannot legally be convicted of an offense which is not charged in the indictment or which is not a lesser offense embraced in the indictment. State v. Cleveland, 959 S.W.2d 548, 552 (Tenn. 1997). The State, the defendant, and the trial court agreed that reckless endangerment was not a lesser included offense of intentional or knowing aggravated assault. However, when a defendant actively, yet erroneously, seeks an instruction on a lesser-included offense, the defendant effectively consents to an amendment of the indictment. State v. Greg Patterson, No. W2011–02101–CCA–R3–CD, 2012 WL 206287, at *3 (Tenn. Crim. App., at Jackson, Dec. 11, 2012)

In this case, defense counsel through his comments, submissions of case law, and argument to the court raised the issue of whether the defendant’s actions could be a lesser included offense like reckless endangerment. When the court stated it would take the matter under advisement to consider lesser included offenses like reckless endangerment, defense counsel made no objection. In furtherance of defense counsel’s argument and for the court’s consideration of lesser-included offenses, defense counsel submitted two cases for the court to consider. Both of these were reckless endangerment cases. State v. Payne, 7 S.W.3d 25 (Tenn. 1999); State v. Shaw, W2010–00201–CCA–R3–CD (Tenn. Ct. Crim. App. June 1, 2011). Based upon those facts, the trial court found an effective amendment to the indictment because the defendant actively sought to place it before the court on the uncharged offense, reckless endangerment. The trial court stated and the appellate court reiterated that the defendant cannot complain about convictions for an offense which, without his own counsel’s intervention, would not have been considered by the Court. In addition, the appellate record was incomplete and the appellate court presumed the trial court’s findings were correct.

END_OF_DOCUMENT_TOKEN_TO_BE_REPLACED

The Tennessee Supreme Court in State of Tennessee v. Jerry Lewis Tuttle, M2014-00566-SC-R11-CD, seized the opportunity to revisit the continuing vitality of State v. Jacumin, 778 S.W.2d 430 (Tenn. 1989). In Jacumin, the Tennessee Supreme Court refused to follow Illinois v. Gates, 462 U.S. 213 (1983), which adopted a totality-of-the-circumstances analysis for determining whether an affidavit establishes probable cause for a search warrant and employed another test spawning from the United States Supreme Court decisions, Aguilar v. Texas, 378 U.S. 108 (1964) and Spinelli v. United States, 393 U.S. 410 (1969). In Tuttle, around twenty-eight years after Jacumin was decided, the Court explicitly overruled Jacumin and adopted the totality-of-the-circumstances analysis for determining whether an affidavit establishes probable cause for issuance of a warrant under article I, section 7 of the Tennessee Constitution. Applying the totality of the circumstances standard, Tennessee’s highest court reversed the Court of Criminal Appeals’ decision holding the search warrant invalid which produced marijuana, cocaine, guns, ammunition, and over 1 million dollars cash.

The Tennessee Supreme Court rested its decision on a variety of reasons including the benefit of time and review of cases from other jurisdictions applying the totality of the circumstances test. The Court stated that a vast majority of courts in other states have adopted the totality of circumstances analysis which is, in the Court’s opinion, a sufficiently definite standard for assessing probable cause in a search warrant and much better suited to evaluate the practicalities that underlie the probable cause inquiry.  While the basis of knowledge and veracity remain relevant under the totality-of-the-circumstances test, these prongs need not be independently established as a result of the Court’s decision.

The Court appears to unanimously agree this is an improvement upon the previous test employed in Jacumin by ensuring that an informant’s basis of knowledge and veracity are not viewed as entirely separate prerequisites to probable cause requiring rigid and technical analysis.   However, this decision appears to some as limiting and nearly eradicating constitutional supervision regarding police searches. The rigid and technical analysis mentioned by the Court is often what protected citizens from unwarranted police searches and prevented police from using evidence against the criminally accused that was seized as a result of these unlawful searches.

END_OF_DOCUMENT_TOKEN_TO_BE_REPLACED

In 2013 the Tennessee Department of Safety unveiled new kiosks at DMVs across the state which helped make renewing a license a much quicker process. These kiosks are also equipped with access to state’s driver’s license network records and facial recognition software.

So what does that have to do with fraud?  After any person uses a kiosk to update their driver’s license, the software runs your information using the facial recognition software to determine if you have ever received a driver’s license under a different name.  If so, that person is then “flagged” and the Department of Safety’s identity crime unit is notified and an investigation ensues.

Because the software is so new and most people are using the kiosks for the first time, most of the flagged individuals are alleged to have used an alternate name to gain a driver’s license from years earlier.  Although it is possible they could face criminal charges, most are subject to a two (2) year suspension of their driver’s license due to the statute of limitations.

END_OF_DOCUMENT_TOKEN_TO_BE_REPLACED

Time is of the Essence

Aside from very limited exceptions enumerated within the post-conviction statute and discussed below, a person in custody under a sentence of a court of this state (Tennessee) must petition for post-conviction relief under this part within one (1) year of the date of the final action of the highest state appellate court to which an appeal is taken or, if no appeal is taken, within one (1) year of the date on which the judgment became final, or consideration of the petition shall be barred. The statute of limitations shall not be tolled for any reason, including any tolling or saving provision otherwise available at law or equity. Time is of the essence of the right to file a petition for post-conviction relief or motion to reopen established by this chapter, and the one-year limitations period is an element of the right to file the action and is a condition upon its exercise. Tenn. Code Ann. 40-30-102(a).

Exceptions to the 1 year Requirement