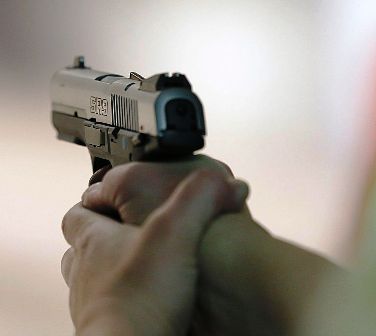 Did you know that if you plead guilty even to a misdemeanor domestic assault in Tennessee you will be prohibited from not only owning a gun or other firearm but you cannot be involved in the sale of guns, firearms, and even ammunition?

Recently the United States Supreme Court ruled that an individual who is convicted of misdemeanor domestic assault in Tennessee may not possess or be involved in the commercial sale of firearms or ammunition.

Congress enacted §922(g)(9) to “close a dangerous loophole” in the gun control laws; while felons have been barred from possessing firearms, many persons convicted of misdemeanor domestic assault were still able to do so. The statute provides that any person who has been convicted of a misdemeanor crime of domestic violence may not possess a firearm.

In 2008 Federal authorities learned that Castleman was selling guns on the black market, and he was later indicted on two counts of violating §922(g)(9). Castleman moved to dismiss the charges arguing that his Tennessee domestic assault conviction did not qualify as a “misdemeanor crime of domestic violence” because it did not have, as an element, the use of physical force.

Don’t agree to plead to a misdemeanor domestic assault charge without knowing your rights. Freeman and Fuson can help explain your options so you don’t give up one your greatest rights as a United States citizen- the right to own a gun.